Every Sunday is cleaning day in the MegsFitness household. That, and, if I’m lucky, batch cooking day. Today, it could very well turn out to be neither if I’m not careful.

I had a ton of fun with my family yesterday. Lots of good food, conversation, and plenty of fresh air. This is the daughter of one of my cousins, but it pretty much represents my attitude too:

All that fresh air and excitement makes for a really sleepy megsyface. This blog brought to you by: procrastination.

*Maybe* get some menu planning done.

Unfortunately, I didn’t get my strength training in as I had hoped.

I did, however, complete 2 written assignments for college, get started on a third, cleaned the whole house (including 5 loads of laundry, excluding the kitchen, which Jeff cleaned), got new glasses,

did the meal planning, grocery shopping, modeled a bridesmaid dress for my long distance bestie, picked up our bikes from the repair shop, and finally got off my feet to play guild wars 2 for a couple hours over the course of the weekend. 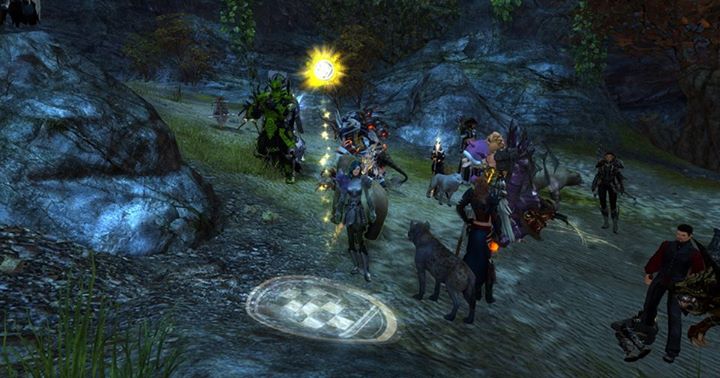 Yes, I could’ve worked out instead of spending time on the computer, but I’m a big fan of balance and after so much work, it was time for a recharge.  It was a fantastic weekend and I’ve done enough of the prep work to be ready for Monday when it comes swinging. 😀

Is it just me, or is WordPress being weird? I usually include photos in my posts and this one *STARTED* fine, but then I went back to edit the draft of this post and the photo exploded.  The preview looks fine, but, I dunno…I’m typing right now and all I can see is the orange and it’s super zoomed in and… let’s just say it doesn’t look like an orange at the moment @_@;

I’ve been away a lot lately because, well, life happens–I needed to be there for family and so I was.  This involved going back to Canada for a funeral service just a week and a half after we had come home from Canada, but it was well worth the journey, just to gain some closure, healing, and time with family.

I’m at a point, where I want to get back to what I originally intended with this blog–cooking, working out, getting healthy.

Today, I’m spring cleaning around the apartment and I’ll be cooking up a few things for this week’s dinners.  I’ve got my grocery list planned out and the meal plans, too.  Now it’s just a matter of executing on the plan:

Wednesday: Wild Rice Soup – made from a mix, I’ll be adding fresh mushrooms and serving with a salad and a crusty bread.

Saturday: Skillet Gnocchi w/ Chard and White Beans – we’ve tried this one before, and it was terrible.  Mostly, Jeff says, because “melted spatula” wasn’t supposed to be part of the recipe.

Our friends, Anne and Errol, were inundated with crock pots at their wedding.  Well, Jeff and I were inundated with party platters and serving ware.  We love ’em but Jeff and I are quickly realizing we don’t host enough parties nor have enough cupboard space (currently) for all that we got.  Well, this one was super cute and I wanted to put it it use so I set it up tonight as a make-up/beauty stand in our “guest” (read: main) bathroom.  It’s entirely too large for the space (it overhangs the sink by about an inch!) but I love how it neatly organizes my things.

When we move, the bathroom counter will be even smaller, which bums me out, but I also have a plan to keep my dresser cleaner* so hopefully this can live on my dresser in the new place.

*My mom taught me not to wash clothes until they’re dirty, so, since I work in an office environment, I’ll wear clothes 2-3x before I wash them but I won’t put them back in the closet.  I fold them** and lay them neatly** on my dresser.

**They get tossed however they land and I just hope they don’t wrinkle.

The plan for the new place is to hang towel racks or jacket hooks on the wall near the dressers so that I can hang the clothes up without hanging them in the closet.  I’m *really* hopeful this plan works out so that our bedroom can be tidy 🙂

Do you have any creative cleaning/organizing tips? Feel free to share in the comments below.

When my momma and I would “rock and roll” on the house, or give it a “white tornado” (cleaning as opposed to destroying like a black tornado), she would blast her music which consisted of Alabama, The Eagles, Johnny Lang, AC/DC, Def Leopard, Little River Band, Bonnie Tyler, Reba McIntyre, etc. Every once in a while, I get the itch to listen to some of her old favorites, so this morning’s song of the day is from Alabama – Song of the South.

I got up at 7am did some sit ups, push ups, squats, then did my therapy exercises for my back. By about 8, I was ready to get some work done and headed down to the garage to clean my car out.. man.. what a mess, haha. I had a whole grocery cart full of stuff to bring back up to the apartment – cleaning supplies that can’t stay in my car over the winter, a lawn game that’s just been hanging out in my trunk, supplies for the wedding that my roomie gave me months ago, and a box full of stuff that I brought home from work–art supplies, stamps, stationery, etc.

It really gathers up fast!

For breakfast I made eggs over medium with toast and clementines. Jeff and I are going to head out to get his phone replaced and do some prep for when we leave for Canada.