(Cheers, applause)
Hello hello, and welcome to my latest blog post. I am writing to you via mobile from Shakespeare’s garden in central park, where it’s almost easy to forget that there are millions of people here. 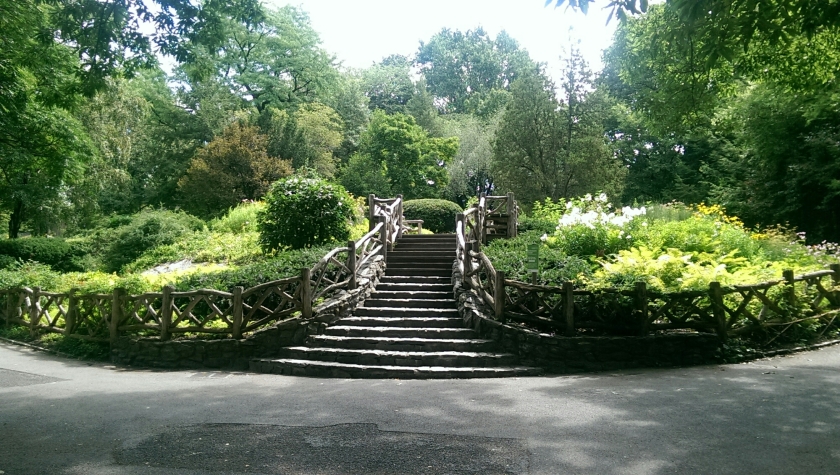 I took the subway to central park because my hotel decided it was a great idea to do a fire alarm test this morning.  The sound wasn’t deafening or overly obnoxious, but it was persistent and played at irregular intervals.

The same could be said for the city. It is pulsing and vibrant, pushy, and smelly, but it’s also hypnotic and alive.  I can’t shift my gaze without seeing something creative. The towering skyscrapers, the glowing ads, street artists, vendors, museums, theaters–everywhere!! 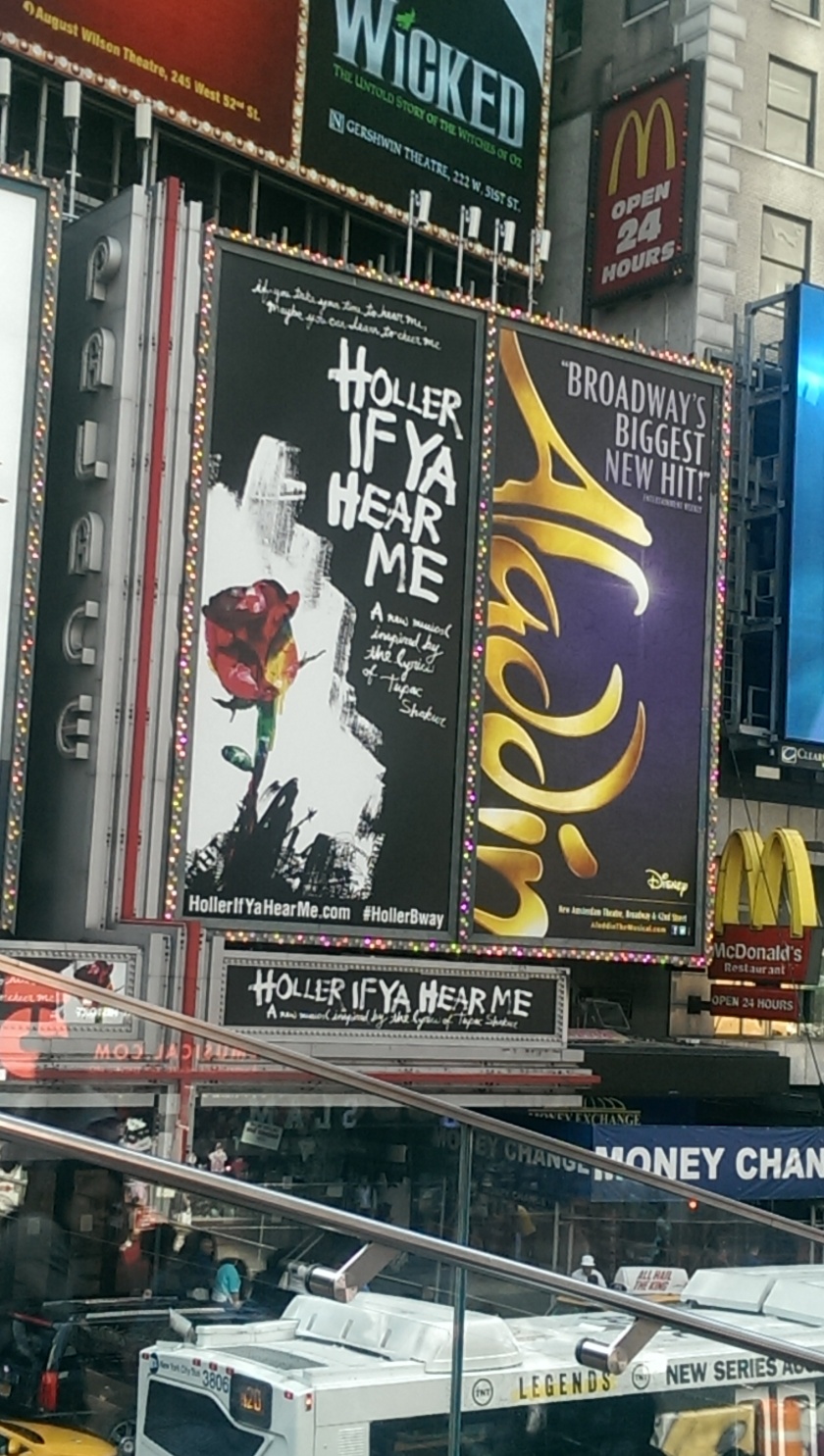 I’ve gone out every day since we arrived, taking in all of the sights and sounds of the city. After the first day, I was so sore!  In fact, I went to set up a humidifier and ended up throwing out my back. 😦 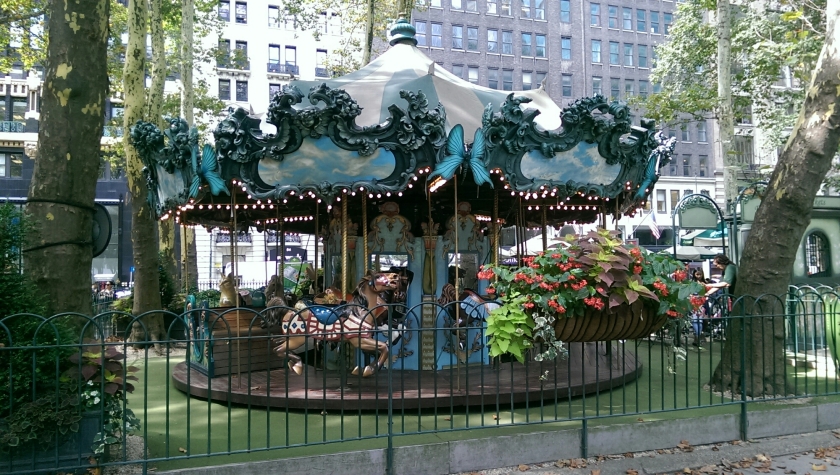 Luckily, is feeling better today. 😀
My throat has been hurting, though. It’s better when I’m not at the hotel, so I think there’s an irritant there… 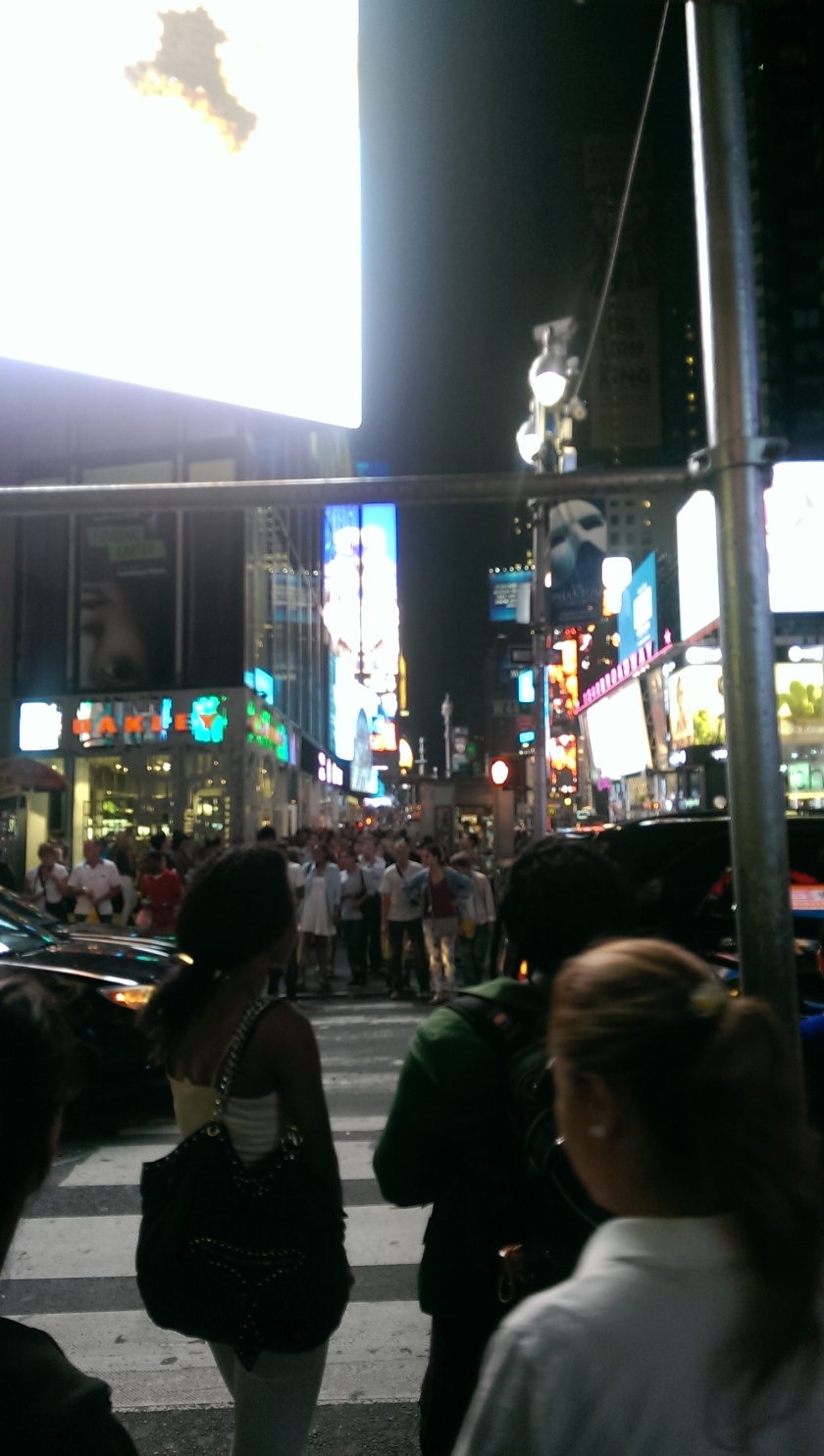 The first morning that I was here, I bought breakfast for myself.  I made the mistake of actually going to the restaurant at the hotel… This is what $40 got me: 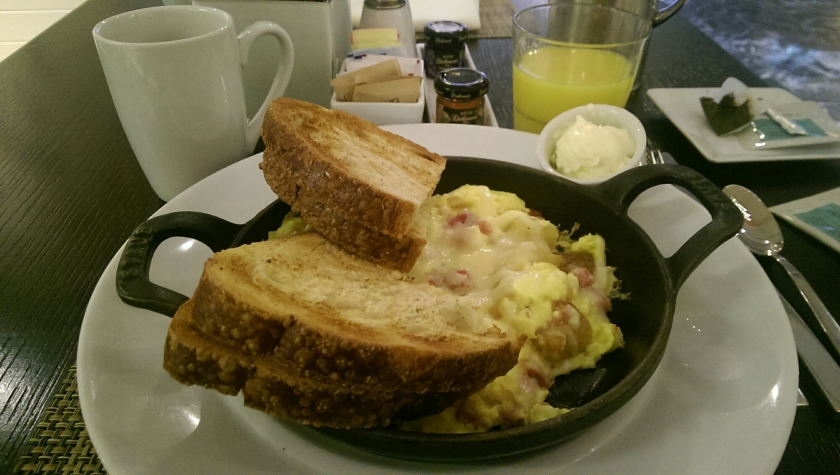 A few eggs and toast. I was so frustrated… It was delicious, but not $40 worth of delicious.  After that, I requested a mini fridge from the concierge and found a grocery store. We had nuts, yogurt, and hummus around so that we wouldn’t have to do that again.  Jeff has been getting meals as part of his conference, too, so we’ve been saving those left overs. 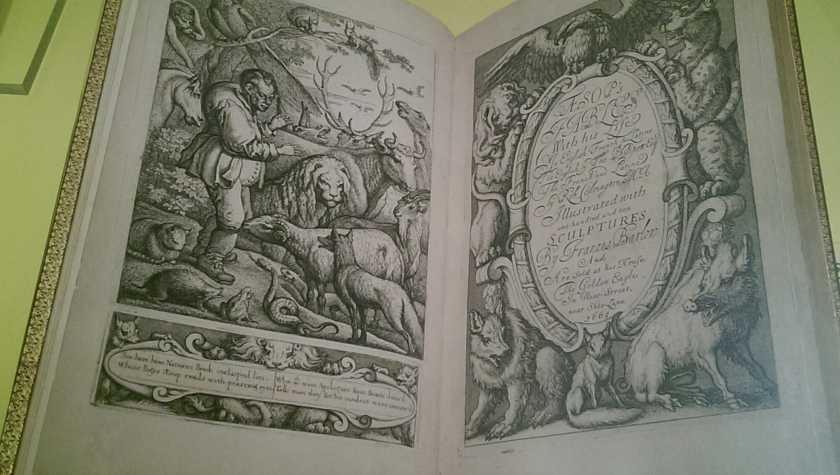 The section that I found most interesting was the section on banned books and the history behind them.  I had no idea that Anne Frank’s diary hadbeen scrubbed of “impurities.”. It’s very fascinating.

Anyway.. my feet are rested and my phone is hot. I think that I’ll continue my journey through central park, and write more later. 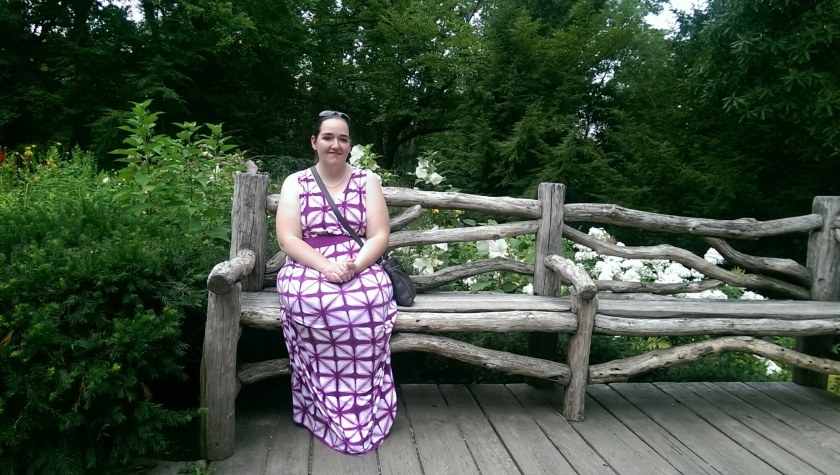